Please note: In order to protect the identity of this elder she asked to be identified as "Sandra" and thus we shall honor her request.

Sandra is an alert, socially active, 77 years young woman. Sandra is widowed, a retired pediatric surgical nurse of over 56 years. Sandra receives the full pension of her deceased husband as well as her full retirement income. Sandra has three adult children which live in other states in the USA. Sandra has not yet told her children of this experience.

Sandra was approached via social media chat messenger by someone who identified himself as male. She states the first three weeks of phone and text communication were lovely. Then he began asking for money. Sandra was not only scammed out of two-thousand dollars, she feels emotional, mentally and spiritually raped. Although in comparison to experiences reported by others, two thousand dollars may not seem like a lot, yet factor in the detail that the same scammer swindled funds from her under false pretenses repeatedly. Her expressed feelings were and still are an excruciating embarrassment, unbearably mortified with intense feelings of anxiety, distress, trepidation, and dread.

During this time period, Sandra felt fearful, anxious, depressed, yet hopeful that the promise of “being together” would crystalize.  Sandra was enamored by images and hopes. There were continuous promises of “This is the only way we can be together.” For the two of them to be together it was expected of Sandra to pay her round-trip flight ticket, passport, visa, the hotel room, marriage license as well as ‘civil ceremony’ in his country so he could become a US citizen as well as eventually bringing his “1-year-old son to the USA.”

He influenced her to use money transfer systems such as Western Union, Money Gram, R.I.A…she had never heard of RIA. Sandra was advised by the con artist to purchase an Amazon card which aided in transferring monies from the USA to overseas.

There were several instances where she needed to purchase her medication or go to see her physician. Sandra had to show proof to him via pictures from her cell phone that she really did need the medication. Sandra felt as though she needed his permission to purchase her medication. She had several outpatient procedures done and had to take pictures of it while she was in the doctor’s office to confirm that she is telling the truth.

Sandra reports there were several occasions when he asked for money and she did not give or even had the money, he would become irate, aggressive, and belligerent. He had the effrontery to tell her to give him her (never discussed) 401 k. She was shocked because although he lived in another country, he knew what a 401k was. Thank God she did not give in. Caught in this emotional and mental predicament she felt defenseless, worried and afraid. The scammer repeatedly told her “Baby you need to make a sacrifice if we are going to be together”. The swindler went as far to say, “I am being lenient.” He, in fact, used the word lenient!

Definition of lenient
noun
1: the fact or quality of being more merciful or tolerant than expected; clemency.  2: of mild and tolerant disposition or effect: not harsh, severe, or strict. 3: exerting a soothing or easing influence: relieving pain or stress.

She considers her experience to an equivalence with mental, emotional, and spiritual rape. Her definition is: forceful, controlling, penetration into the mind, heart, and spirit with promises of “being together”. She feels devastated, destroyed and ravaged. Sandra was trapped in the quagmire of desperation.

During this experience Sandra formed an alliance with Western Union Consumer Fraud, a department associated with Western Union. Sandra was about to be indicted. Sandra, a widow, retired surgical nurse, actively involved in church, a taxpayer, registered voter, mother, and grandmother, was about to be indicted. Can you imagine!!?? She seemed clueless as to what indicted meant. Once it was explained to her that indict means “prosecute” she began to feel even more tormented, frightened while her sadness progressed into depression.

Sandra says her experience with the liar is the equivalent of being abused and when you tell someone about your experience you are believed, help arrives, and you are rescued. Western Union Consumer Fraud went above and beyond the call of duty. Sandra felt that someone cared. Sandra was not alone anymore. 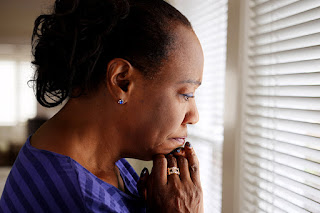 Sandra is adamant in her reports that disengaging from the receiver is not easy. It involves attempts to block all forms of communication with the scammer to include social platforms. She needs and currently receives intensive support to heal and restore the dignity that was taken away from her by the scam artist. She has weekly therapy sessions with a Licensed Clinician, weekly coping skills group facilitated by Licensed Clinical staff, she relates to a spiritual practitioner for healing and at one-point Western Union Consumer Fraud.  She still imagines the allure of the promises yet as her therapist reminds Sandra, “you are free.”

To this day Sandra will never be able to thank the employee of Western Union Consumer Fraud enough for their competence, professionalism, patience, compassion, and understanding. Throughout this ordeal, there were many days when Sandra would call and literally sob on the phone with Western Union Consumer Fraud. Sandra, reports when she reached out to them “they helped me to experience a sigh of relief.”

Sandra has a long recovery road ahead of her as a result of this debilitating experience. Although there are not any known 12 step support groups available for the express purpose for senior citizens that are being scammed, yet she reports that it is extremely helpful to attend a 12-step group, work the 12 step principles, especially steps 1,2, and 3. (1) Admit powerlessness, (2) Belief in a Higher Power, (3) Deciding. Sandra insists “There are Angels here on earth. I am grateful to God for placing them on my path to freedom.”

The blog is written by:
Rev. Barbara Williams
brwbobi@hotmail.com

Listen to Recovering A Conscious Connection every Wednesday 6:00 pm-7:00 pm eastern/3:00 pm-4: 00 pm Pacific. The station is in its 13th active year on the air. Rev. Barbara interviews authors, musicians, teachers, artists, teens, spiritual Practitioners. Rev. Barbara does, upon occasion, present spiritual lessons. All shows are aired live, then uploaded. Click on the link for more information about guests and scheduling. 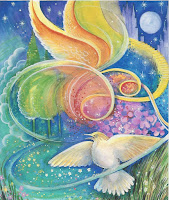 Mission Statement of A Path of Enlightenment
To educate and empower people for new models of interfaith spiritual care that will inspire, nurture, educate, heal and transform the world. A Path of Enlightenment Healing Arts Ministry allows immersion of self in a deeply creative and nurturing environment to probe, explore and develop into who we are by supporting maintainable practices for self-care, community-care, and global care. 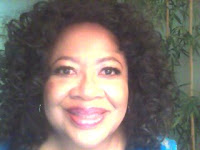